Get out of debt.  Now!  A recent CNBC news story cited credit card interest and fees topped a hundred billion dollars this past year.  That's a lot.  And this number is growing.  Bankruptcy debt elimination can be a way out. 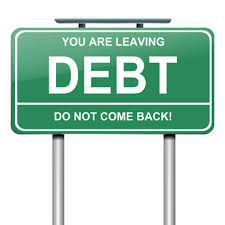 Consumers often file for bankruptcy seeking relief from their creditors.  Bankruptcy does this.  As soon as a bankruptcy is filed, an automatic stay goes into effect immediately.  This means that creditors are stayed, or legally blocked, from attempting to collect upon the debt. Bankruptcy debt elimination results when the bankruptcy case completes.

Debt is expensive.  Too expensive.  When the cost of debt exceeds consumer budgets, bankruptcy is a way out.  Paying back debt is always an option.  But only for those who can afford to do so.  Most who file for bankruptcy can't.  It is why they file for bankruptcy.  The cost of debt is increasing.  The average interest rate on credit card debt is around 17%.  Debt can quickly snowball with such costs.  Bankruptcy debt elimination may be the only option at some point.  But it is a good one.